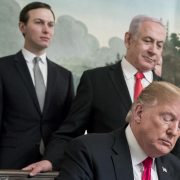 This week, Donald Trump’s son-in-law Jared Kushner and his team have been touring the Middle East to push his new $50bn economic plan, unveiled in Bahrain last month. The proposals aim to open the West Bank and Gaza to regional and global markets, developing the Palestinian economy. The US administration claims that within 10 years this strategy would double Palestinian economic output.

While the US maintained the launch of the plan was a success, it received scathing press coverage and little recognition by the international community. Crucially, neither the Palestinian Authority (PA) nor the Israeli government were represented, and other important players like the EU, Egypt and Jordan only sent low-level delegations.

Trump has promised the “deal of the century” to solve the Israel-Palestinian question, but so far only Kushner’s economic plan has emerged. None of Kushner’s proposals can work without knowing the outlines of a political settlement. His plan deliberately ignores the realities on the ground, failing to mention Israel’s occupation of the West Bank or its blockade of Gaza.

The Israeli occupation is the main obstacle to Palestinian economic development. In 2013, the World Bank found that restrictions in the Israeli-controlled parts of the West Bank cost the Palestinian economy $3.4bn per year, or 35 per cent of gross domestic product in 2011. Little has changed since. And the blockade of Gaza has left the strip in a permanent humanitarian crisis.

US policy is already eroding the prospects for the two-state solution, which is enshrined in several UN resolutions. Kushner and Jason Greenblatt, Trump’s Middle East peace envoy, have made clear they are not committed to the international consensus. Instead, US policy under Trump has overtly favoured Israel while turning the screws on the Palestinians: the US has recognised the whole of Jerusalem as Israel’s capital and moved its embassy there from Tel Aviv, and recognised Israeli sovereignty over the occupied Golan Heights.

At the same time, Trump has ended US support for the UN agency for Palestinian refugees (UNRWA), cut US bilateral aid to the Palestinian Authority, and closed the Palestine Liberation Organisation’s office in Washington. As a result, the US has lost credibility with the Palestinians as a neutral broker of peace.

The US’s silence on Israeli settlement construction in the West Bank could embolden right-wing Israeli politicians to annex parts of the West Bank. Israeli prime minister Benjamin Netanyahu has already promised to pursue annexation, in order to win support from the hard-right. This would permanently fragment Palestinian territory – making a viable, contiguous Palestinian state impossible – inflame tensions across the region, and fan extremism in both the West Bank and Gaza.

The EU should limit the potential for Kushner’s economic package to further undermine the two-state solution, which remains the most realistic, mutually acceptable resolution to the conflict. The EU operates a “differentiation” policy towards Israel: settlement entities are excluded from its research programme, and member-states are supposed to label goods produced in settlements. But these measures are weak and poorly implemented. Netanyahu’s threats of annexation should prompt the EU to strengthen its differentiation measures, for example by barring European banks from carrying out financial transactions with people or businesses in the occupied territories. 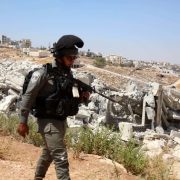 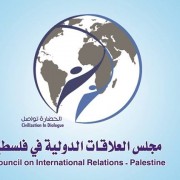 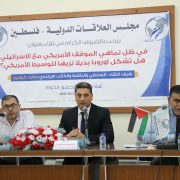 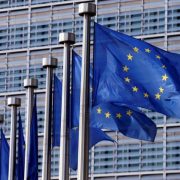 CIR: Israel fears unveiling its racist reality by banning US reps. entry to...
Scroll to top