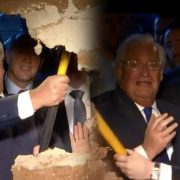 CIR: UN should take practical steps to punish “Israel” for its crimes against...
Scroll to top