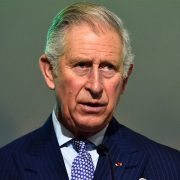 Council on International Relations – Palestine condemned the announcement by the British Crown Prince that he will participate in the celebration of the 70th anniversary of the establishment of “Israel”.

The event coincides with the Palestinian Nakba commemoration in which dozens of thousands of Palestinians displaced before Israel was established in 1948.

“The Crown Prince’s participation is to encourage the Israeli occupation to continue its crimes against the Palestinian people, first and foremost the continued occupation, settlement, killing and blockade of Gaza,” the council said in a statement issued on Monday.

The CIR added: “The expected participation of the crown prince is a continuation of the historic sin committed by Britain after the Balfour Declaration, its historic contribution to the displacement of the Palestinian people and the suffering to which they are subjected so far”.

The Council called on the Crown Prince to retreat from this participation and even to apologize to the Palestinian people for the historic sin committed by Britain against them, the sin that caused the Nakba, which the Palestinians commemorate this year.

The CIR called on the British people to reject this step and press the Crown Prince to back down from this participation.

The British Crown Prince, Prince Charles, has announced that he will participate in the celebration of the 70th anniversary of the “Israel” which will be held in London two weeks later.

Post Views: 896
CIR to Charles Schumer: We invite you to visit Gaza, see it with you own ey...