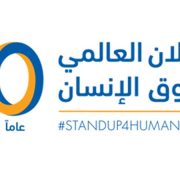 CIR: Palestinian people still deprived of their basic rights because of Israeli occupation

The Palestinian people are still deprived of their human rights because of the continued occupation, crimes, siege and aggressions, the Council on International Relations said in a statement issued on Monday.

The Council said that the International Human Rights Day coincides with ongoing deterioration of the human rights situation in the Palestinian territories, in light of violations of the principles of the Universal Declaration of Human Rights, international law and international humanitarian law.

The Council said that the Israeli aggression is still continued to be carried out through full-scale military attacks, and the imposition of an illegal and comprehensive siege on the Gaza Strip, which constitutes collective punishment and crimes against humanity under the rules of international humanitarian law.

The Council explained that the Palestinians in the Gaza Strip have suffered a continuing violation of their basic rights and freedoms as a result of the grave human rights violations committed by the Israeli occupation against peaceful demonstrators in the besieged Gaza Strip. Those who protested to demand their human rights were brutally met by the occupation forces fire that killed 232 of whom, including 33 children, and injured over 10,000.

“The occupation continues to violate the Palestinian human rights through further Judaization of Jerusalem, the demolition of homes, the expulsion of Palestinian residents from their homes, the construction of more settlement units and the theft of land,” the statement said.

CIR Condemns Australia’s recognition of Jerusalem as capital of Israeli...
Scroll to top