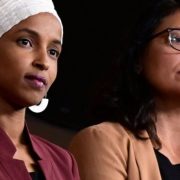 CIR: US Ambassador statements on West Bank new crime against Palestinians
Trump, Kushner and Netanyahu are hellbent on destroying the two-state solution...