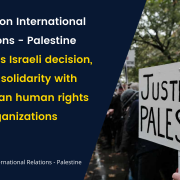 CIR calls on UN to obligate Israel to international resolutions or cancel m...
Scroll to top