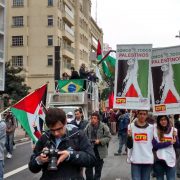 The council said in a statement on Monday that the visit violates the international law and is contrary to the historic Brazilian position of standing by the occupied and oppressed peoples.

“The opening of a diplomatic office in the occupied Jerusalem to increase cooperation with the occupying power and the visit of Al-Buraq Wall “the Western Wall”, accompanied by Netanyahu, violate the historical position of Brazil and support crimes against humanity committed by the Israeli occupation against the Palestinians,” the statement said.

The Council called on Brazil to reverse these positions and abide by the principles of international law and diplomatic norms, calling on Arab and friendly countries to pressure them to retreat from these dangerous positions.

On Sunday, Brazilian President Jair Bolsonaro arrived in “Israel” on an official visit at his second stop after the United States, signaling a shift in the giant country’s policy, which since the beginning of the century has supported Palestinian positions. 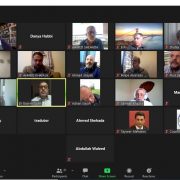