Dr. Basem Naim, head of Council on International Relations, called on Prince William, the Duke of Cambridge, to visit Gaza on Monday.

“Why do not you visit Gaza, which former British Prime Minister David Cameron described as” the prison camp? “Naim said in a post on his official Facebook page.

William’s visit comes at the request of the British government. British policy has been based on not paying official visits until the Israeli-Palestinian conflict is resolved.

Naim, a former Palestinian Health Minister, added: “Prince William, the Duke of Cambridge, will visit occupied Palestine next Monday, and it will certainly be an important visit to let you see the humanitarian tragedy caused by the Israeli siege, and supported by your kingdom”.

Council on International Relations – Palestine deplored the intention of the Russian Embassy to organize a ceremony on Russia Day in the occupied Jerusalem.

The Council said in a statement issued on Tuesday that this unprecedented step contradicts with the official Russian position not to recognize Jerusalem as the capital of “Israel”, especially at this critical time in the history of Jerusalem, after the US decision to move its embassy to Jerusalem.

The CIR demanded Russia to clarify its position on the ceremony scheduled for June 14 for the first time after it was held in Tel Aviv every year.

Russia Day, previously, before 2002, Day of adoption of the declaration of independence of RSFSR is the national holiday of the Russian Federation. It has been celebrated annually on June 12 since 1991.

However, the Russian embassy to “Israel” intends to organize this year’s ceremony in the occupied Jerusalem on June 14. 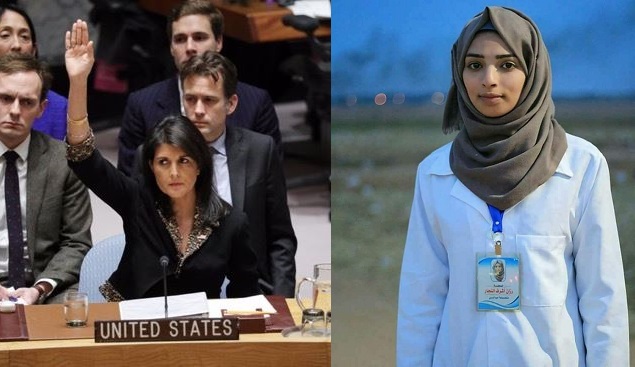 Council on International Relations – Palestine condemned the inability of the international community to stop the ongoing Israeli occupation crimes against the Palestinian people and the United States’ support for these crimes by using the veto for every resolution condemning it.

The Council said in a statement issued on Saturday that not standing in the face of these crimes, the latest of which was the killing of Palestinian paramedic Razan al-Najjar in cold blood by Israeli forces on the Gaza border, encourages the occupation to commit more crimes without being held accountable or punished.

“ How long will the Israeli occupation state be treated as a state above the law and protected from accountability in the international forums?” the council asked.

The Council called on the countries of the world that call for the right of peoples to freedom and self-determination to take bolder positions to stop these crimes and not be hostage to the American veto.