Council of International Relations – Palestine condemned the statements made by US ambassador to Israel, David Friedman, in which he described the Palestinian reaction after Trump’s decision to recognize Jerusalem as the capital of Israel “an ugly, provocative and anti-Semitic response.”

In a press release, The council said that Friedman is ignorant of history and international resolutions that indicate that Jerusalem is an Islamic place under Israeli occupation.

The Council described the Palestinian position as a natural position in the light of all historical documents and successive international resolutions on Jerusalem.

“Is the position of the States that voted against Trump’s move also ugly and antiemetic? Is the position of eleven former US ambassadors to “Israel” who rejected the decision is an ugly, provocative and anti-Semitic one as well?”, the council wondered.

The CIR stressed that it is no longer acceptable that the United States continues as a mediator in the peace process in the Middle East in light of its biased positions in favor of the Israeli occupation.

Council on International Relations – Palestine described the actions of the US and its threat to the Member States of the United Nations General Assembly as blackmail to the international community.

The council said in a statement issued Thursday that the exchange of political positions in return for financial support undermines the role of the international community in supporting the vulnerable and standing up to unjust countries.

The Council called on the UN General Assembly to refrain from responding to these threats and challenge them by voting against the Trump Jerusalem move.

The CIR called on the international community and the Palestinian Authority to consider the United States as an unfair broker in the peace process in the Middle East and to boycott its officials to pressure them to back down from positions that are biased to the Israeli occupation state.

US Ambassador to the United Nations Nicky Healy warned United Nations members that they would “take the names” of those countries that vote to reject Donald Trump’s recognition of Jerusalem as the capital of Israel in an effort to influence their voices toward the will of the United States.

Donald Trump has threatened to withhold “billions” of dollars of US aid from countries which vote in favour of a United Nations resolution rejecting the US president’s recognition of Jerusalem as the capital of “Israel”.

Council of International Relations – Palestine praised the important step taken by the African National Congress today to downgrade the level of relations between South Africa and the Israeli occupying state from an embassy to a liaison office.

In a statement released Thursday, the council said the decision was in line with South Africa’s long history of supporting the Palestinian people in its struggle for freedom and independence.

The CIR called on South African to seriously consider cutting its relationship with the Israeli occupying Power, which continues to practice the worst forms of oppression, injustice and apartheid against the Palestinian people.

The Council also called upon the world to follow the example of South Africa to pressure the occupying Power to end its occupation and recognize the rights of the Palestinian people.

Council on International Relations – Palestine said that the Israeli occupation continues to violate Palestinian human rights and deprive them of the basic necessities of life.

In a statement issued Sunday, the Council noted that the Israeli occupation continues to deprive millions of Palestinians around the world of returning to their homes they were displaced from for decades, as Palestinians living in diaspora are about 70% of the whole Palestinian people.

As a result of discriminatory policies implemented by Israel against Palestinian citizens, the Palestinian people suffer from violations of their rights of life, housing, property, and not to be subjected to torture, cruel punishment or inhuman and degrading treatment. The occupation also deprives them of freedom of movement, their right to return to their homeland and their right to seek justice for the harm done to them.

The denial of the Palestinians’ right to self-determination lies at the top of these violations, the council added.

The CIR said that it is no longer possible to allow Israel to continue to commit systematic violations of Palestinian human rights.

While the international community is celebrating the International Day of Human Rights, the Council called on the UN Member States to honor their pledge ‘in cooperation with the United Nations to ensure the promotion of universal respect for and observance of human rights and fundamental freedoms’, as stated in the Universal Declaration, noting that the occupation will continue to violate the Palestinian human rights as long as it has the ability to act as a state above the law.

On December 10 this year, the world celebrates the 69th anniversary of World Human Rights Day as part of the celebration of the adoption of the Universal Declaration by the General Assembly of the United Nations.

Council on International relations-Palestine described the intention of the US to move its embassy to Jerusalem as dangerous and violates the International law.

In a press release, The council said that the American decision pours gas to the flames in the region, and pushes it to more deterioration . The decision violates the international law that considers Jerusalem as an occupied city and it violates as well UNESCO’s resolution that states no Jewish ties with Jerusalem.

The council noted that the American Decision proves that the US is not an honest broker to solve the conflict in the region, demanding the international community to take the lead and to rein the Israeli occupation on continuing its aggression and make it accept the Palestinian state with Jerusalem as its capital.

The CIR appreciates the UN General Assembly that reiterated that any actions by “Israel”, the occupying Power, to impose its laws, jurisdiction and administration on the Holy City of Jerusalem were illegal and therefore null and void. 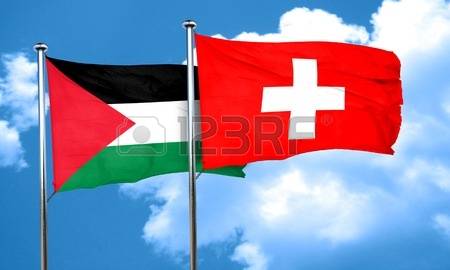 Council on International relational – Palestine condemned Saturday the Israeli occupation for denying the Swiss officials entry to the Gaza Strip.

In a press release, the council said the step doubles the current siege imposed on the Gaza Strip and is a blatant violation to the Palestinian people’s rights of communicating with the outside world.

The CIR called on the international community to stand strongly against these Israeli apartheid policies. ” we demand the free world to face such decisions by taking more steps to break the siege and doubling the delegates that visit the Gaza Strip”, the council added.

Israeli occupation has banned Swiss officials from entering the Gaza Strip following a series of meetings between representatives of the European country and Gaza leaders.